Palmistry Analysis Narender Modi What made him prime Minister of India ? 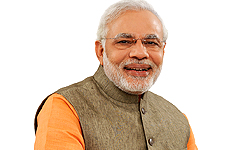 Mr Narender Modi is the 14th   Prime minister of India . His birth day is on 17 September .


He was born is an simple family of Gujarat and was third of six children . As a child, Modi helped his father sell tea at the Vadnagar railway station .  Then what made him the prime minister of nation ?


Modi’s palm is long with regular medium length thin fingers . All the fingers are tapered well adding analyzing and reasoning ability also making him balanced person   The Pink color palm with equal distance in fingers is making him extraordinary personality.


His long thumb adds will power and resolve in him. The pointed thumb is making him aware  but reserve. His thumb shows that he is a natural leader and a man with a vision, and has  ability to execute his plans. He has strong and purposeful views which will take his team forward. 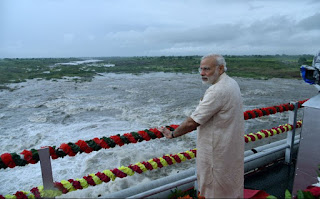 
The special feature in his hand is Mercury finger  which made him shrewd and  knowledgeable , A good speaker . He has good business sense and is street smart.


Modi's Mount of Jupiter is developed too and so is his finger, and this shows Modi’s ambitious nature a dominant personality and a good ruler .


The two other aspect which generally strike me when ever I see his hand is his mount of  Venus and Head line . His life line moves further away from the mount of Venus which gives mount more space making him passionate and caring .  His dressing style is and reason of his not getting married is also due to  large Venus and thick heart line .


The strong mount of Sun is making him independent. He is  used to getting  things in his own way, and enjoys being in the centre of things.   He can be quite controlling.


The wavy life line is showed problem in 2012. He  faced lot of opposition and has to put lot of effort. The year 2012 was full of challenges and  criticism he and allegation


His Head line is not the one like a prime minister  should have. This line of Mr Modi has always encroached me to  research more  on Head Line .  Break in Brain Line gives constant money issues any may be because of this he suffered from finical problems in child hood .The confutation, constant stress and tough competition he is facing is due to wavy broken Head line . He should be mindful of the fact that in future he might suffer from head injury in future .


His mount of Saturn is strong this shows that Narendra Modi likes his solitude. He does not mingle and trust people  easily  .


His strong mount of Moon Dominates hand . His love  mother  is because of Heart Line and Moon . His Foreign trips  and policies are because of strong moon . This is also giving him good imagination.


Posted by Renowned Indian Palmist Nisha Ghai at 3:06 AM